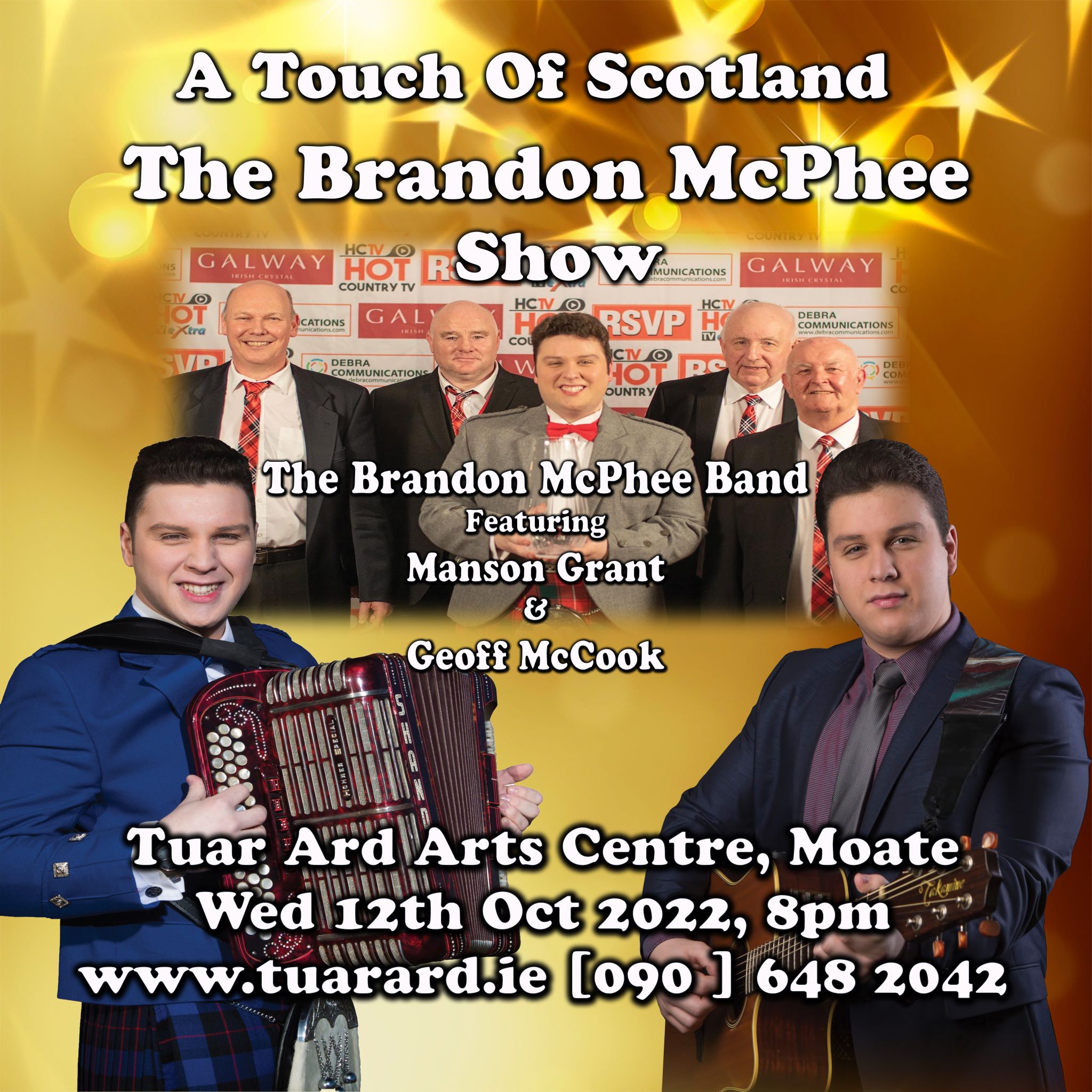 Multi award winning accordionist and vocalist Brandon McPhee was 10 years old when he first took an interest in music – influenced by this grandad he took up a three row button box and by the time he was 17 he had won many competitions. His first was at the age of 11. Later he won three times gold at the Royal National Mod and then at 17 the Jimmy Shand shield for the ‘All Scotland Senior Accordion Championship’.

Around that time, he took an interest in singing and had vocal tuition for a while. Now in this mid 20’s, his voice has matured and his continued practice and dedication to music has resulted in a successful career.

Walking on Waves, a single he recorded with Foster and Allen, reached number 1 in the Joyce Ramgatie Radio Airplay Chart in 2019 and also came in at number 38 in a similar chart in Tasmania and Australia of that year.

The Brandon McPhee Show is a mix of tunes and songs, some his favourites and others requested by people attending his shows. This show is a mix of Scottish, Country and Folk music with a few surprises as well. The show also features vocals from Manson Grant and Geoff McCook, members of his five-piece band. A show not to be missed!