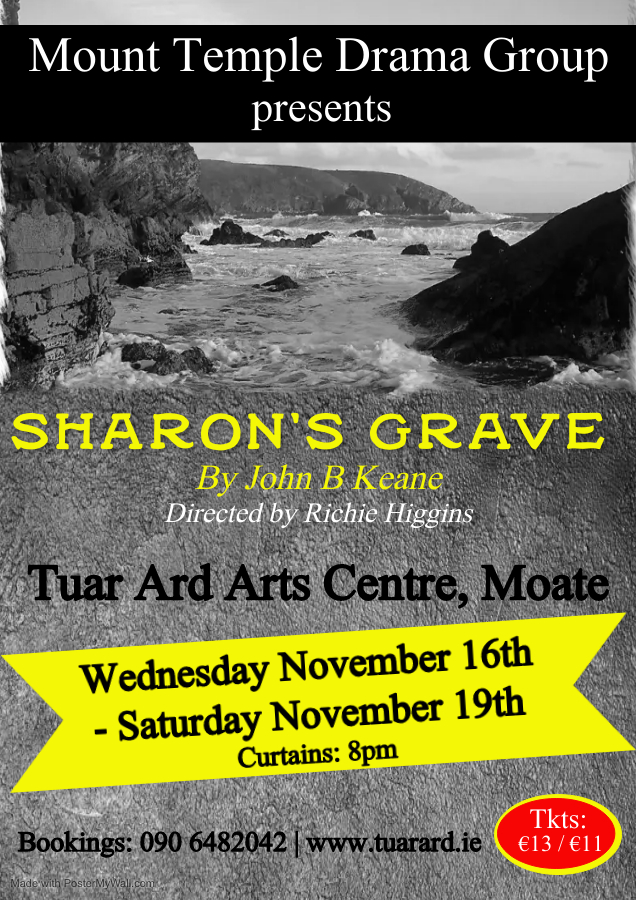 Mount Temple Drama Group presents Sharon’s Grave, written by John B Keane and directed by Richie Higgans.
​
Trouble is brewing as Donal Conlee takes to his deathbed. His lonely daughter must fight for her land and protect her brother against the scheming of their malignant cousin.
This story of land-lust, mystery and folklore is a classic tale, set against the rugged North Atlantic coastline of Ireland in the 1920s. The play weaves the tale of this Conlee family feud together with the mythical story of a beautiful Celtic princess, Sharon, who meets an untimely end.