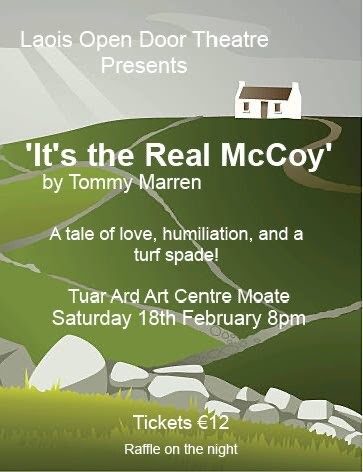 Laois Open Door Theatre bring their production of IT’S THE REAL MCCOY by Tommy Marren to the stage on Saturday 18th February.

Set in a rural cottage in Mayo, this hilarious comedy with dozens of one liners and numerous twists and turns tells the story of Madge who has to contend with nosey neighbours, a gormless postman who wants to marry her daughter, a priest with a take of her past and a wayward husband who wants to explain why he vanished without a trace almost 40 years ago. A night not to be missed.