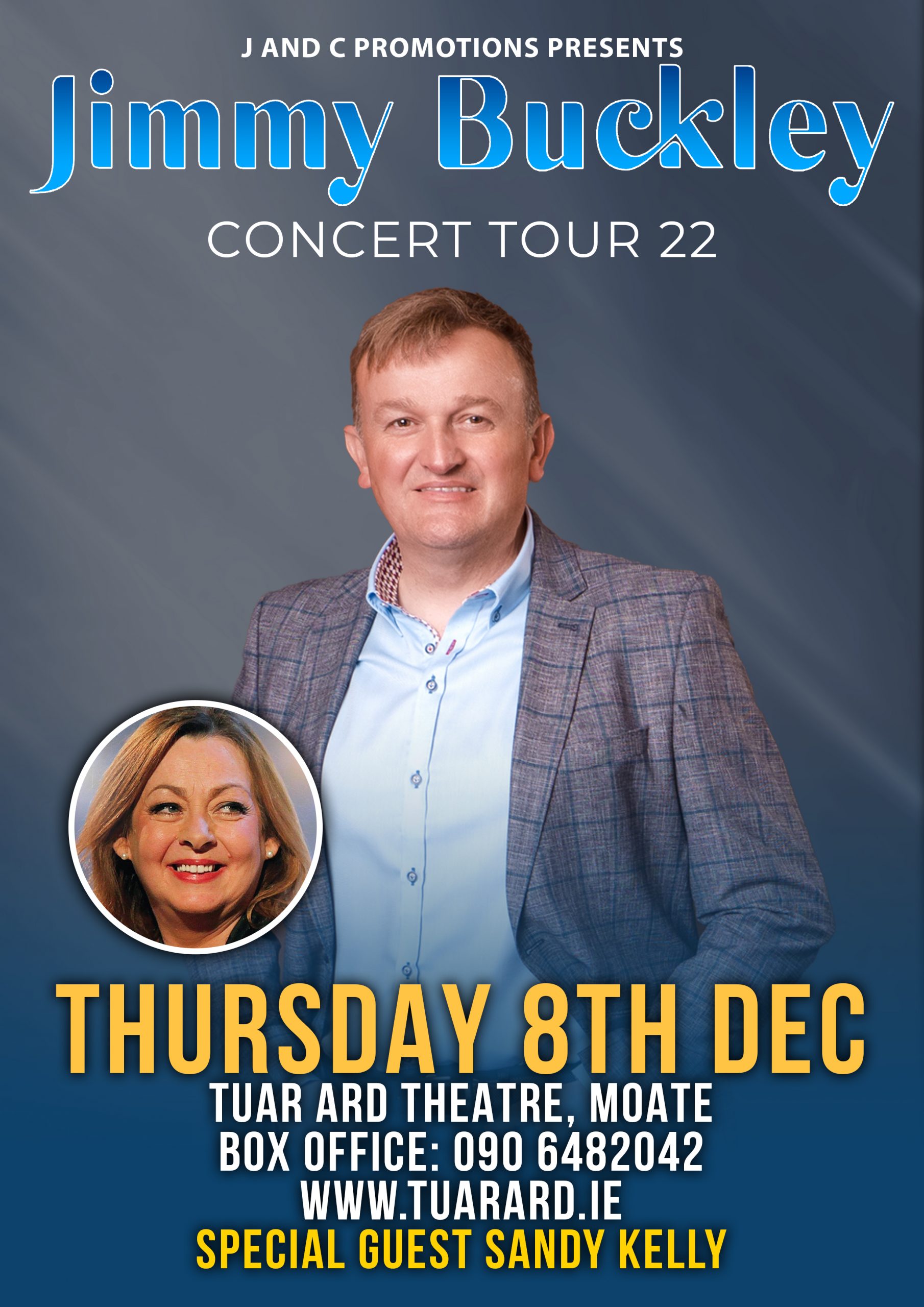 Jimmy Buckley is without a doubt one of Ireland’s best loved and most respected performers. Jimmy has enjoyed many years at the top of his profession and has received numerous awards including Entertainer of the year in the RTÉ music awards and he has also been regularly lauded at the prestigious Sunday World Awards. Jimmy possesses a very rare talent, not only as a phenomenal singer but also as a hilarious mimic of other major stars including Daniel O’Donnell, Brendan Shine and Phil Coulter.

Jimmy’s show contains a wide variety of material including country, big ballads and tribute medleys to the greats of country music such as Hank Williams and Charlie Pride. Along with his magnificent band Jimmy will entertain you superbly and looks forward to meeting friends old and new.

Jimmy’s special guest in Tuar Ard on the night is Sandy Kelly who has done it all in the country music world from recording with Johnny Cash, Glen Campbell and George Hamilton to performing on some of the world’s most prestigious stages. Her lengthy musical career has been remarkable and her live performances are still both very unique and very special.